I can feel my heart racing, like it always does. I’m sitting close to the stage, trying to loosen my limbs without drawing too much attention to myself. The theatre is dark, but for the spotlight on the centre of the stage. Claps echo around the room long after hands have stopped moving. Eyes follow the poet’s every movement- the flick of the wrist, the roll of the eyes, the twist of the heel, the slight tap of the toe on a sentimental line break. 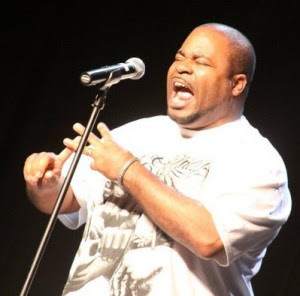 The host calls out my name by way of introduction. I walk tentatively up to the microphone. It always takes a couple of minutes to get into the flow of the show. With every line, you’re aware that you have to keep the audience’s attention. But when and if you do, there’s no other feeling quite like it. Adrenaline pumps through you. The build up, the tension and the nerves suddenly feel worthwhile. It’s the feeling of finding your voice. It’s performance poetry.
In a series of interviews with poets, Spoken Word London asked about the juxtaposition of poetry intended for the page and poetry intended for the stage. Is there a difference?
Yes, according to some. Performing your work means you get one shot at connecting with your audience. You have to keep their attention. Furthermore, one has more freedom to be experimental in print. As the art of reading is a solitary experience, the reader can take time to interpret the piece as they want, at a speed in which they’re comfortable with.
Others, however, maintained that there is no difference. Poetry is poetry. You don’t write it with the intention of printing or performing, you write it to express yourself. 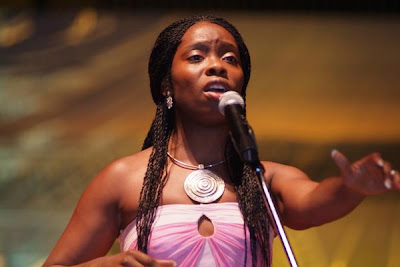 But as I watched the various acts that came before and after me tonight, one issue was burning at the forefront of my mind. What is the difference between reciting and performing? Does performance poetry point toward a distinction between the reading voice and the speaking voice? Does it call for more theatrical devices? And if so, has the performance element of poetry become so important that we’ve lost sight of the actual words and their meaning?
From the 1950s to ‘70s, poetry performance developed as a form of both rebellion and cultural expression. The Beat poets would meet in various corners of New York City, reading their radical work as protest against the stultifying mood of McCarthyism. The art was soon taken up by poets committed to particular social and political movements. Gil Scott Heron, Amira Baraka and The Last Poets all made actual demands for social and political change. Through addressing their audience as a community, they became situated within that community. And through theatrical devices and the emphasis on speech rhythms, the poets were able to showcase a certain cultural identity.

So the desire to write became less about a grounding in poetry and more about having a voice, expressing yourself and releasing the frustration and hopes of an entire generation. It was about expressing one’s experience in a way best suited to the message and the community. And it showed that we must differentiate between the poetry reading and the poetry performance. The latter presents the poet not as a reader, but as a speaker.

Does this mean, then, that the poetry performance as we know it today is historically connected with the poet’s position within his social and political surroundings?
If so, are we not at risk of allowing entertainment to distract us from the core causes we are speaking about and against. Most of the time, entertainment does not invite focus on issues of particular complexity. It merely does what it advertises on the tin. Amuse and divert.
Slam poetry, for example, has introduced a notion of competition to performance poetry. Is this notion adverse to the very function of art? Slam poets are constantly competing for the approval of the audience, which means they are less concerned with being in competition with the self. Art becomes a show. It becomes point-scoring.
Shouldn’t we allow the poetry to take precedence over the performance factor?
by Nadia Khomami
http://www.spokenwordldn.com/2012/05/08/what-is-%E2%80%98performance-poetry%E2%80%99/

Before I was a Mom…

What’s the lifecycle of the Spoken Word Poetry Industry in Nigeria?

War Of Words has a new champion

Enjoy spoken word poetry by various poets from all over the world.

All The Buzz and Scoop About Poetry in Nigeria and Beyond
Contact us: holla@wordup411ng.com

Before I was a Mom…

What’s the lifecycle of the Spoken Word Poetry Industry in Nigeria?

Put Some Respeck On It